This bear tracking wildlife holiday in the Aran Valley area of the Spanish Pyrenees is a very special experience that should be on the bucket list of any nature and wildlife lover.

There’s no better way to learn about a wild animal than by spending time in the company of the people who study, monitor and analyse its behaviour and movements.

On this wildlife holiday in the Pyrenees you’ll spend 5 days with the professionals, camping in the mountains. There, you’ll learn about the brown bear’s territory, its behaviour and the tracking techniques used to monitor its movements.

This is most definitely not a safari and there are no feeding stations to attract the bears. It’s therefore impossible to guarantee a sighting. However, on 95% of these 5 day adventures the bears have been spotted!

What can I expect on this bear tracking wildlife holiday?

The area inhabited by the bears is a rugged and wild mountain environment. The local tracking teams spend their days  observing these shy creatures which now number close to 50.

Our professional team is familiar with the bears’ behaviour and movements thanks to the use of motion detection cameras that are installed at strategic points in their territory. They therefore have the best idea of where to set up camp in order to survey them on the mountainside.

You’ll be taken by 4×4 to a drop off point in the mountains from where you’ll hike to the base camp which will be at around 2000m alt.

The base camp for this bear tracking wildlife holiday is carefully chosen so as to give the best vantage point but without disturbing the bears in any way.

Although you will need to provide your own food for this wildlife adventure, regular trips back down to the valley in the 4×4 will be possible to restock.

What will I learn?

With your guides you’l learn how to identify bear paw prints and scat and you’ll collect fur that they’ve left behind on their favourite rubbing trees.

You’ll learn how to assess the freshness of the tracks, assess when the bear last passed through and also the direction in which it was moving.

Your guides will examine motion detection cameras on which you’ll hopefully see footage of the bears passing through which is just the biggest thrill!

Every morning and evening, using telescopes and binoculars, you’ll scan the mountain slopes and hillsides for a glimpse of the bears.

You’ll undertake fresh searches for tracks and indications of their presence and may move with the camp to different sectors in order to cover a larger area.

What’s the best time of year to see the brown bear?

It’s in the spring mating season (May and June) that you stand the best chance of seeing the brown bear. The autumn from late September through to the end of November is the next best time when the bears are preparing for winter.

The brown bear in the Pyrenees is the least photographed bear in the world, due both to its small numbers and also the vast and wild territory that it inhabits.

However, the team leading your adventure have photographed it more times than anybody else! If you are very lucky you may have the opportunity to photograph it too.

What other wildlife will I see on this wildlife holiday?

In addition to the brown bear, this rugged mountain environment is also home to chamois, wild boar, red deer, the rare bearded vulture and also eagles.

It’s an area rich with wildlife providing an unforgettable experience for anybody that appreciates the unspoiled mountain environment.

You’ll be collected from Toulouse airport from your agreed flight and transferred to your overnight hotel in the Aran Valley.

There, you’ll meet your guides who will present the plan for your wildlife holiday to you. After your evening meal you’ll retire to bed for a good nights sleep before your adventure begins.

After breakfast you’ll be taken by 4×4 to a drop off point in the mountains from where you’ll hike to the site of the base camp at around 2000m alt.

You’ll help set up camp with the tents that are provided and will spend the rest of the day exploring the surrounding area.

As the sun starts to go down you’ll pick up your binoculars and try to get your first glimpse of the bear. You’re sure to see other wildlife too!

You’ll have brought a dehydrated meal with you which can be prepared using the stoves and utensils provided.

The bears are at their most active very early in the morning and late in the evening, so that’s the time when you’ll be glued to your binoculars!

During the rest of the day there will be different kind of activities such as looking for tracks of the bears with the guides, birdwatching, and identifying bird calls with the guides.

You will also have the option during the day of being taken back down to the village in the valley where you can treat yourself to a tapas lunch and some chilled out, civilised sightseeing! A visit to the supermarket will also be in order to get stocked up on snacks and provisions for camp.

On your final day you’ll return back down to the valley for a good meal and a comfortable bed in the hotel.

After breakfast you’ll say your goodbyes before you leave bear territory and return home. 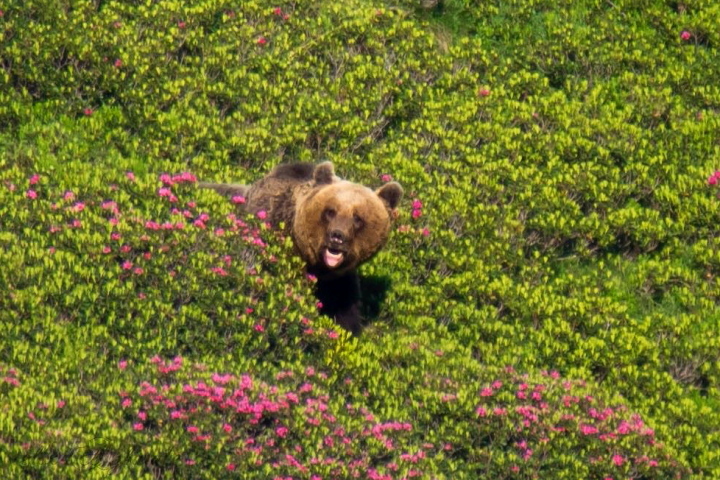 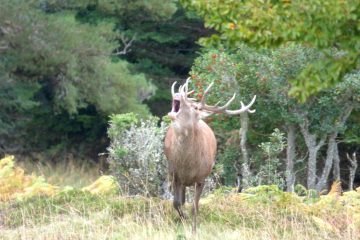 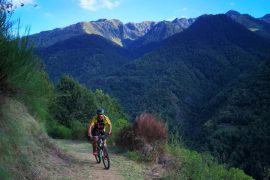 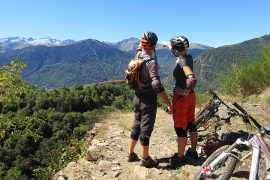 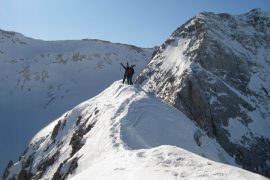