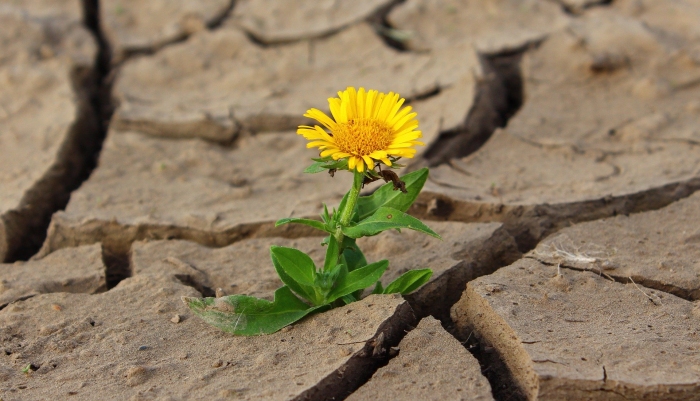 Yes, I know, such a lighthearted title in view of the seriousness of the current situation, but read on.

Our world, your world, has been turned upside down over the past few weeks. We’re all having to adjust to a new normal which is a world away from the life we have known.

Although the world is in a desperate, dire situation there are still some positives, some healthy glugs of lemonade to be found and it’s those that we need to focus on right now.

In this lockdown situation in which all but essential travel has been banned, the most striking change is the huge reduction in air and road traffic noise and air pollution around cities and towns.

With far fewer people out and about, suddenly our world has become so much calmer, more peaceful, less frantic and we can breathe!

The surge in enforced home-working has also made a huge positive impact on people’s lives. We’re hearing of a dramatic reduction in stress levels as that tedious daily commute becomes a thing of the past and productivity goes through the roof.

However, for some, this is an initially uncomfortable state of affairs. People have described this sudden, extraordinary change as ‘like something out of the Apocalypse’, ‘dystopian’ and town centres have been described as ‘eerily quiet’.

But with the passage of time, this enforced peace will become the new norm.

Having got used to an improved quality of life I can see many of us will be reassessing our working lives and seeking to adopt many of the enforced changes on a permanent basis.

We’ll also find ourselves seeking out those places, near or far, where we can experience more of the peace to which we have become accustomed.

The fact that our world has shrunk is not necessarily a bad thing. This new hyper local focus means we’re starting to look at our immediate environment with a fresh pair of eyes.

And what an environment it is!

Micro adventures are a great way to explore what’s on your doorstep and to inject an element of fun and excitement into your new routine.

We’re huge fans of Al Humphreys whose website is packed full of fantastic ideas for small, local adventures that you can enjoy with the kids, with your other half or even solo.

There are also numerous free initiatives appearing online that are helping people to stay active during this confinement.

Check out this excellent British Cycling page which has a fantastic programme of activities that will help the kids be more capable and confident on their bikes.

Then there are the numerous new Facebook groups that, between them, provide an endless stream of fun and interesting ideas for occupying your time if you are confined to home.

Families that embrace all of the possibilities and opportunities that come with this new normal will find themselves enjoying more quality time together.

This will strengthen relationships and result in a richer and more fulfilling life going forward.

A common theme in our social media feeds at the moment is how this focus on hyper local is bringing about a sharpening of the senses and an enhanced appreciation of the natural beauty in everyday life.

Maybe that’s because this catastrophe has, ironically, occurred in early Spring in Europe, a time of growth and new life.

Our feeds are filled with beautiful pictures of vibrant wildflowers, of fruit tree blossom, insects and bees as well as some simply stunning shots of colour-filled sunsets and sunrises.

You can’t help but smile! Goodness knows we need more smiles at times like this!

The lack of traffic noise means that the sounds of Mother Nature are also amplified. The territorial and mating calls of the frisky birds seem more strident than ever.

You’ll no doubt hear territorial robins, blackbirds, blackcaps who’ve returned from their winter in Africa, chiffchaffs and, the noisiest of them all, the tiny wren!

A great use of your free time is to identify which birdsong belongs to which birds using the fabulous RSPB website. Maybe start a diary to note which birds you’ve spotted, especially if they’re a migratory species. It’s a wonderful Nature project to do with the kids too.

You’ve probably always taken for granted the butterflies that flit from flower to flower as the weather warms up. But have you any idea just how many thousands of miles many have flown to reach you?

Start a project to identify these beautiful creatures and learn about their journey. Prepare to be amazed!

Here in the little communities of the Pyrenees foothills, one of the big positives to come out of this situation is the forging of deeper connections between friends and neighbours.

Whilst there’s a necessary ban on all physical contact (no more ‘les bises’ and handshakes!) the virtual neighbourhood support network is getting stronger by the day.

There’s a real feeling that we’re fighting this invisible war together, we’re all on the same side and we’ll support each other in whatever way we can.

We’re coordinating essential food shopping trips to minimise our time in contact with others.

We’re avoiding supermarkets where possible and instead are buying seasonal fresh veg, meat and cheese direct from local producers. They would normally sell on the markets which are now banned, so they really appreciate our business right now!

We never get close and yet we’ve never been closer. This can only be a good thing.

I’ve heard it said that travel is a fundamental human compulsion. It’s something we have always taken for granted as it is always been so readily available at the mere click of a mouse.

So there’s nothing quite like having your freedom of movement taken away to spark a desire to get back out there and travel.

We’re loving all the excited chatter on social media at the moment as people research those bucket list destinations that they’re going to visit once all this is over.

Indeed the anticipation of having something like a holiday to look forward to is often as exciting as the holiday itself!

As ever, I think Pooh Bear nails it when asked what he likes best;

“Well,” said Pooh, “what I like best,” and then he had to stop and think. Because although Eating Honey was a very good thing to do, there was a moment just before you began to eat it which was better than when you were, but he didn’t know what it was called.”
― A. A. Milne, Winnie-the-Pooh

I predict that our new found appreciation of this more peaceful world will lead us to shun that bustling city break. Instead, we’ll have a desire for a more meaningful holiday in one of the world’s wide open, beautiful natural spaces.

I predict that there’ll be a hunger to seek out a deeper connection with the natural world, to be still, to be calm and to cherish what we once took for granted.

My hope is that we’ll all come out of this with a greater respect and appreciation for our planet, for the people with whom we share it and for the more basic elements of life.

At the end of the day we have been given the opportunity to reappraise our lives. It’s time to consider just which elements of the old ‘normal’ we really want to allow back into the new.

For the sake of the planet and for each other, let’s ensure we make the wisest choices.

Jo
Reply
We have booked a holiday with you for July. I really hope we will be out of the lockdown and able to travel by then. But 100000% agree with the sentiment of your article. There are learnings we should take from this crisis I just hope we All will. I certainly am re-evaluating my 3 hour daily london commute 😂

Penny
Reply
Thanks so much for commenting, Jo. I think a lot of people will be re-evaluating their day to day lives when all this is over. I'm sure that an awful lot of companies will allow people to continue to work from home in the future. At least I hope so! In the meantime, look after yourselves and I have everything crossed that we WILL see you in July!

Cathy
Reply
Penny this is lovely! I can not wait to get back into the mountains and celebrate life.

Penny
Reply
Thanks so much for your lovely words, Cathy. Likewise, the mountains are calling to us. We'll be back out there soon enough :-D

Bea
Reply
Excellent very uplifting. I too pray we all come out of this mess, respecting our home planet, the world 🌍 and just as important respecting each other

Penny
Reply
Thanks for commenting Bea. Yes, I think, I hope we'll all come out of this as changed people and the world will be a better place for it. Stay safe. Stay well.