Hiking the Freedom Trail across the Ariege Pyrenees

This Freedom Trail guided walking holiday is a wild, beautiful and thought-provoking multi day mountain trek on which you’ll be following in the footsteps of those escaping persecution in WW2.

See the Itinerary tab for details of each day’s hiking and what you will need to carry.

History of the Freedom Trail

In the early years of the second World War, France was split into two – an occupied zone in the north and the free zone to the south. The free southern zone was an area of hope for civilians and military service personnel fleeing Nazi brutality.

Victims of discrimination (Jews, foreigners, resistance workers), escaped prisoners of war, shot down airmen, the aim of all of these people was to escape the oppression in France. They did this by crossing the border into Spain where they still ran the risk of being captured by officers of General Franco’s regime.

Well-organised escape lines across the mountains of the Pyrenees with their numerous high passes and thickly wooded foothills were developed. They were operated not only by French groups but also Dutch, British, Polish and Belgians. They succeeded in transferring both people and also sensitive military information and documents to their allies across the border.

One of the main escape routes was from Saint Girons in the Ariège Pyrenees. This trek became known as the Chemin de la Liberté or Freedom Trail.

In hiking the freedom trail you will be following in the footsteps not only of fit young men but also of women and children and the elderly too. Along the route you can’t fail to be moved by the sheer enormity of the journey that they undertook.

What to expect on the Freedom Trail

This multi day hiking experience over the Pyrenees is fully guided and you won’t need to carry any food or cooking equipment.

You’ll spend one night under canvas (sleeping mats provided) and the other nights with a proper roof over your head.

Along the way, your expert and knowledgeable hiking guide will tell you stories of some the events and characters associated with the Freedom Trail. This is guaranteed to be a profoundly moving experience in the Pyrenees mountains.

Outline itinerary for your Hike the Freedom Trail holiday

Arrival
You’ll arrive at your hotel where your guide will meet you to explain in more detail about the Freedom Trail and what to expect from your experience. After an excellent evening meal you’ll retire to bed for a good night’s sleep before your adventure begins.
2

Your first day of walking will take you from the little village of la Sounere up to the little mountainside community of Aunac via the Col d’Artigue.

You’ll have lunch and a moment of contemplation at the monument that was erected in memory of 19 year-old Louis Barrau. He was a ‘passeur’ who was betrayed, captured and shot by the Germans as he made his way along the route you are following.

Your overnight will be at the little auberge at Aunac which used to be a meeting place for escapees during WW2. Enjoy a superb home-cooked meal before a good nights sleep in preparation for a big day tomorrow.

After a breakfast with spectacular views you look forward to a day of challenging walking. You’ll rapidly reach the majestic scenery of the high mountains as you climb from Aunac at 766m to the Cabane de Subera at 1499m.

The path rises steeply to the Col de la Core (1,395 m) where you’ll enjoy a buffet lunch that’s provided by your support team. You’ll collect your kit for the night before continuing your hike, contouring around the mountainside to the Cabane de Subéra (1,499 m) which you’ll reach after just 2 hours.

You’ll wild camp tonight in tents provided by your guides but first enjoy a superb 3 course meal that is provided for you.

Today, you head up into serious mountain terrain The ascent becomes very much steeper and after two hours of climbing you’ll arrive at the base of the Pic de Lampau. Here, you’ll see the wreckage of a British Halifax bomber whose seven crew members died when their aircraft crashed into the mountain on the 19th of July 1945.

The climb continues over the Col de Crabérous (2,382 m) and descends to the Cabane d’Espugue (2,110 m) where you’ll enjoy a picturesque lunch.

Then, after passing the lake or l’Étang de Cruzous, there is a stiff climb to the Col de Pécouch (2,494 m), followed by a final descent to the Refuge des Estagnous (2,245 m), where you’ll spend the night.

Today, from the shelter of the refuge that saved thousands of lives during WW2, you will descend at first to l’Étang Rond (the Round Lake 1,929 m), then climb very steeply up to l’Étang Long (the Long Lake 2,125 m).

The Spanish frontier is reached after a testing climb up to the Col de Claouère at 2,500 m. This is followed by a steep descent into Spain to reach the River Noguera Pallaresa where a track winds along a valley to the village of Alos d’Isil (1,200 m) and the end of your trek.

You will be collected by minibus and driven the 1h to your 3* hotel in Vielha. Enjoy a tapas dinner and cocktails to celebrate the end of your trek.

Vielha to starting point
After a good night’s sleep you’ll be transferred either back to Toulouse airport for your flight home or back to the auberge at which you spent your first night to collect your car. 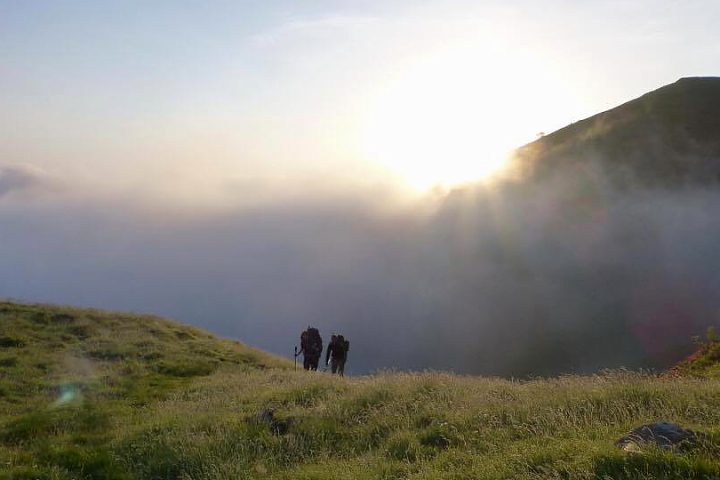 We had an amazing time! It was so much more than we were expecting – more intense, more challenging, more rewarding and more moving. The views were absolutely stunning. The guiding was exceptional – professional and impressive (we always felt safe and that our guide, Anne absolutely knew what she was doing) and very human. Lovely, lovely people. The overnight arrangements and food were all perfect for the setting and purpose. All aspects of the arrangements were perfectly organised. Our teenage boys thoroughly loved it. They said it was the best holiday they have ever had! A great adventure and the historical context really gave us a purpose. With respect to difficulty – I would say it is definitely for experienced level hikers. It couldn’t be for anyone less experienced. We would highly recommend it to everyone! 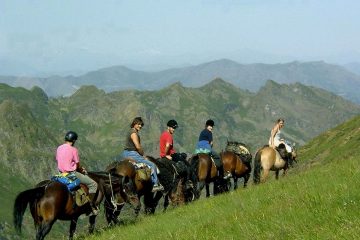 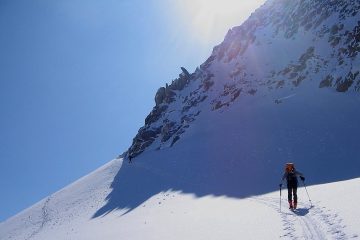 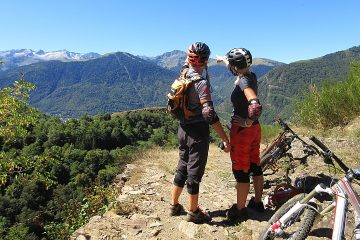 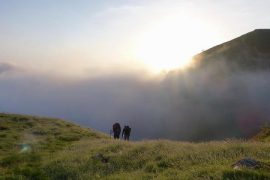 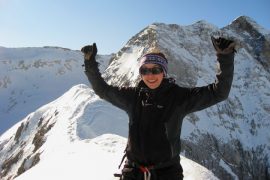 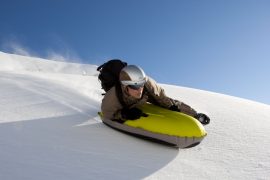